Wyatt “Earp” Hardy is a US Navy SEAL. His life begins and ends with those two words. He readily risks himself for the men under his command. Trouble is—he can’t live for them during a time when military policy weighs heavily on who he is.
Researching for his master’s thesis, botanist Aled Demers’s life is about to unravel. One torturous nightmare run-in with drug runners leaves him permanently scarred. He knows he’s lucky to be alive after being rescued by a group of SEALs, but suffering from PTSD takes its toll.
The SEAL and the botanist come from different worlds, but one rescue links them together. Can Aled recover enough strength to risk his heart? Will Wyatt’s leaving the navy force him to reassess more than just his career choices?
The Botanist is a short story introducing two key members to The Sin Bin series.

Nurse Freddie Whittle devotes every fibre of his being to his work with cancer patients. Their pain weighs heavily on his shoulders. Between losing clients, the expectations of his fathers, and bigot neighbours, he’s slowly reaching his breaking point.

Taine Afoa retires from a storied career as an international rugby star. He’s moved away from London for a change of pace, never expecting to meet a man who’s far too young for him. No matter how hard he tries, it’s impossible to get Freddie out of his mind.

Will Taine’s resistance dissolve in time for him to give love the chance to flourish?

CLARISSA AND THE COWBOY

Based on A True Story 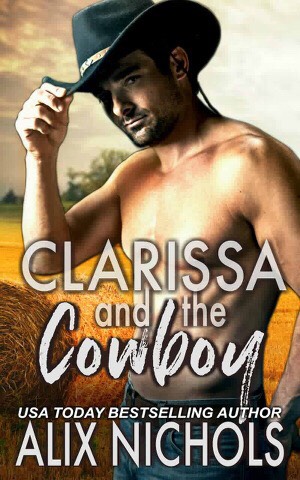 In a moment, she’ll point at the mammoth… Wait for it….

“Look at the mammoth on your right,” she says.

Everyone gawks at the mammoth.

After the tour, I’ll ask her out, fully expecting her to say no.

I mean, why would a hotshot Parisian archeologist go on a date with a dairy
farmer from the sticks?

But I need to hear Clarissa’s no.

Maybe then I’ll be able to forget her.

Nathan, aka Cowboy, is here again. Staring at me again.

Just as I’ve ignored the hot, disturbing dreams I’ve been having lately.

Dreams in which a handsome cowboy undresses me.

Pleasures me into oblivion.

In real life, I’m going back to Paris to start a new job in a big museum.

The one thing I don’t need during my last week in Burgundy is a roll in the
hay with Nathan.

What happens when a cowboy and a bluestocking get stranded in a cave with a
40,000-year-old co— er… phallus drawn on the wall?

A sizzling-hot and hilarious romance, that’s what. You’ll giggle, you’ll
fan yourself, and you’ll keep turning pages until the happy end! 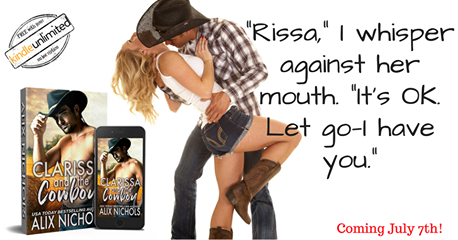 Alix Nichols is a caffeine addict and a longtime fan of Mr. Darcy,
especially in his Colin Firth incarnation. She is a USA Today bestselling
author of sexy and humorous romances.

At the age of six, she released her first rom com. It featured highly
creative spelling on a dozen pages stitched together and bound in velvet
paper.

Decades later, she still loves the romance genre. Her spelling has improved
(somewhat), and her books have made Amazon Top 100 lists, climbing as high
as #1. She lives in France with her family and their almost-human dog.

For exclusive giveaways, excerpts, and special offers subscribe to the
monthly newsletter on her authorwebsite and connect with her on Facebook

Title: The Billionaire and the Bad Girl

Fake Girlfriend…Real Booty Call … More sparks than I bargained for.

Vanessa
Liam O’Sullivan just told the world that I’m his girlfriend.
He’s a liar — there’s a difference between making a commitment and casually hooking up with him for years on account of his generous… package.
But that commitment changes everything for me. One little lie sets my career into motion, but also puts the spotlight directly on us… the happy couple.
He’s an arrogant, filthy-talking, sexy bastard with questionable family ties… who just changed my world for the better.
Almost overnight, I start to reap the rewards of what Liam sowed by saying those three words.
But it’s a lie he told just because he could. We can’t keep this up forever. I force him to agree that we’ll end the charade as soon as the opportunity presents itself.
I’m a smart girl. No biggie at all. I’m certain I can handle it.
I just don’t expect to fall in real love with my fake boyfriend.

The Billionaire and the Bad Girl is a Standalone Billionaire Romance Novella With No Cliffhanger and a Guaranteed HEA.

Vanessa
Wasn’t I supposed to end it with Liam after this morning? How did it go from needing to cut him loose to partaking in this girlfriend ruse of his? Did he see it coming and decide to up the ante? F*ck, he probably did. Or maybe he just knows me more than I care to admit.
The truth is, I have been running. My ‘keep it moving’ philosophy allows me to avoid staying in one place, to evade the prospect of becoming trapped, to escape the pain that goes hand in hand with connection. I’m not built for the expectations of relationships or family. I’m hardwired to fail so I’m better off not trying.
I’m not afraid of Liam.
I’m afraid of the idea of an ‘us’.
Letting him in will cause me to either f*ck it up because of who I am at my core, or to overcompensate and obsess until whatever’s good between us dies a fiery death. Because of me.
Or I’ll be in so deep that I won’t be able to let him go.
No matter what, I’m coming clean tomorrow.
There’s no us.
There can’t be.

For All The Right Reasons Book Cover Revamp

Parental Discretion is Advised. Sydney Willows, a professional photographer boasts a long list of world famous musicians as clients. She’s blond, ambitious, and about to shoot the most lucrative job of her career when she meets Ben Gallo, lead singer and guitarist for his band, Reckless. Tall, handsome, and with enough rock swagger to melt any woman’s heart, Ben plays to win. Will he be the one to show her that the path to ‘happily-ever-after’ is possible with a music man, or will a juvenile bet made between brothers prove stronger than a bond of love? For All The Right Reasons is ribboned with deception, lust and love and will leave you aching for an encore.

Add to your TBR shelf on Goodreads

Beat Of His Own Drums, Band of Brothers Novella

For All The Right Reasons introduced Ben and Simon Gallo, the two brothers who together created what would become the legendary rock band Reckless. For every step towards glory which Ben took on their rise to fame, Simon’s footsteps faltered along that same journey. Nothing he did seemed to measure up and it was one misstep after another, until Simon no longer knew the man he was looking at in the mirror. Substance abuse covered up his anger and far too many poor decisions to count concealed what he really wanted in his life: acceptance and self-love along with a meaningful and committed relationship with a soul mate.

Beat Of His Own Drums is Simon’s story, and gives insight to who Simon really is as a man and why he did the things he did to try and find his happiness. Everyone deserves a second chance at life and even at love, and Simon is ready for his. He’s walked the walk and talked the talk, now Simon wants the world to know why he’s always had to go through life using the beat from his own drums to guide him.

This 30,000 word M/M novella has an HEA ending, and is a follow-up story to For All The Right Reasons, M/F, which I would recommend reading first. These stories have now become a series, and a full-length novel will follow Beat Of His Own Drums, which will release in early 2018, continuing Simon and Ben’s story.

Add Beat Of his Own Drums to your TBR shelf on Goodreads.

Author Ann Lister has some exciting things to come over the next few months. She may not always have time to create sign up forms to invite you all to join and help share. If you don’t want to miss a thing by this Author please sign up to join her master list.

Ann Lister is a native New Englander currently living on the island of Martha’s Vineyard with her husband. She has pulled details from her years living in the New England area and uses many local settings and landmarks in her novels.

The Rock Gods series gave her Bestselling Author status on Amazon. Beyond The Music, Book 7 in the series, hit #1 in the Gay Erotica genre during the Pre-Order and held that spot for several weeks. This last book in The Rock Gods series launches the spin-off series, Guarding The Gods, which releases in early Summer of 2016.

Thank you for touring with Jo&Isa♡Books

Title: Up All Night

I’ve got fame and fortune in spades – and I don’t mind using them to get what I want: HER. Little Miss Thing has no idea the WILD RIDE I’ve got planned for her.

I’m kind of a big deal. As in, everyone on the planet knows who I am, and they have since I was fifteen. You’d think that doing whatever I want, not to mention the constant stream of women, would be pretty fun.

And they were. For a while. But now I’ve seen it all – and it’s enough to make a man pretty jaded.

When there’s a human stampede outside my concert, I jump out of my car to help. That’s before I see the girl who nearly got trampled – the tiny, young, adorable superfan.

So I invite her backstage… and before I know it, I’m inviting her to Vegas for a night of hard partying — and hopefully more.

She’s even more innocent than she looks, and I end up taking a cold shower. The last thing I expect is for her to sneak out the morning after.

No matter what I do, I can’t get this girl out of my head — her smart mouth, her huge blue eyes, and those crazy curves of hers are my own personal kryptonite. The fact that she doesn’t fawn all over me just adds fuel to my fire.

I’ll do anything it takes to win her – even pull out the old-school romance.

Jewelry? Check. Roller coaster ride at 4am? Check. Following her across the country like a Goddamn puppy dog? Check.

This girl is gonna be MINE.

This book was previously released under Dare Me. It has been extensively rewritten and expanded. It’s a light and sweet story with a guaranteed HEA and not even a hint of you-know-what!
Enjoy!
Xoxox,
Joanna

Joanna Blake loves good old fashioned romance, men who open doors and work with their hands. Hot Blooded Heroes is a series of sizzling stories about True Blue American men and the women who love them. She’s thrilled to be collaborating with Pincushion Press on her new series! Come along for the ride!

Other books by Joanna Blake

Wanted By The Devil: http://amzn.to/2sTXTR8

Ride With The Devil: http://amzn.to/2rBRDQ9

A Bad Boy For Summer: http://amzn.to/1QfU9Da