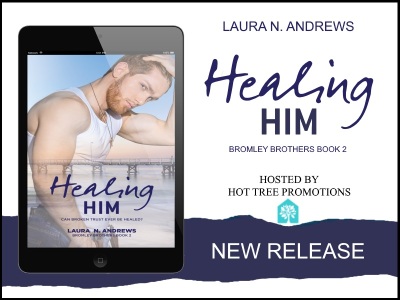 On sale for half price!
Amazon US: https://amzn.to/2rXX9fB 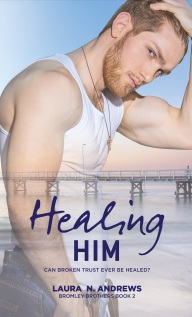 Henry Bromley wants to find not only the perfect submissive, but he’s also searching for love. When he meets Ryan Scott, a man who seems to take control, Henry is conflicted.
However, when passion and lust ignite a spark and their flame is lit, Henry discovers there’s no turning back. He wants Ryan.
Ryan Scott has fought hard to protect himself and his desires. With his wounds freshly opened, Ryan has to make a choice: submit to Henry and allow himself to heal or continue to live the lie he’s created for himself.
Will this Dom help his sub fly? And if trust is broken, can it truly ever be healed?

RHR RATING 4*/5
The book blurb gives enough away as to who this book is about,and the concept.It is easily read as a Standalone,but as I’ve read the first book (Trusting Him) it made following the story just as easy,with a slight crossover on the end of that-and the start of this story.
Henry Bromley has kept his ‘Dom’ side hidden from his brothers (Trey and Travis) having had a successful contract with his submissive-Sean (but something is missing-he’s seen how happy Trey is and questions what he actually wants for his future)
On ending things with Sean-amicably,he encounters Ryan (his soon to be brother in law David’s best friend) and there is an instant attraction.(the crossover from bk1)
Both Henry and Ryan share a hot an heavy moment…but Ryan has got out of a bad situation/relationship and is not looking for anything serious.However,eventually they become more,and Henry feels Ryan has been hurt in the past,and it’s reason behind his trust issues regarding a Dom/Sub relationship.
Henry has his own issues surrounding his past/and how he likes to conduct his lifestyle,but as the story develops both men grow closer.(some pretty HOT scenes!)

I did enjoy this story,I liked how the character’s were together,and the link to the previous book-with cameos the brother’s/David,yet there are new character(s) introduced that I can only assume will feature in the next in the series (Travis’s story) There was also an added twist that I didn’t expect.I did miss a DUAL POV (much like I said about Trusting Him) however that is just my own thoughts on that.I hope to see more of them in the next one. 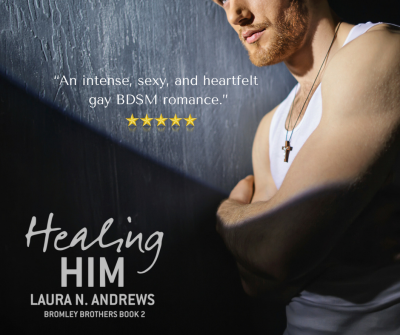 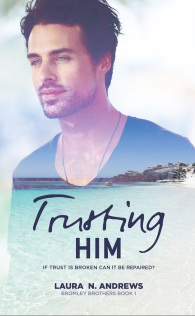 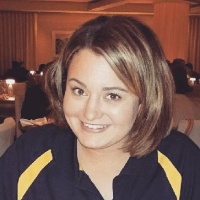 Website | Facebook | Twitter | Goodreads | Amazon | Newsletter
Canadian born Laura N. Andrews moved to Australia when she was three years old. When she finished high school, she successfully completed her studies in law enforcement. Since then, she’s been working for over five years as a pharmacy assistant. When she’s not working or spending time with family and friends, you can find her either curled up with a book or writing one of her own. 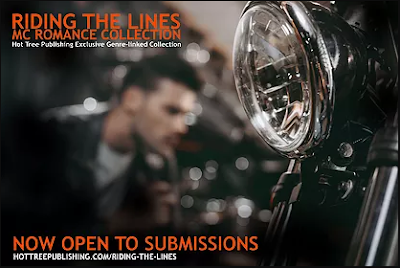