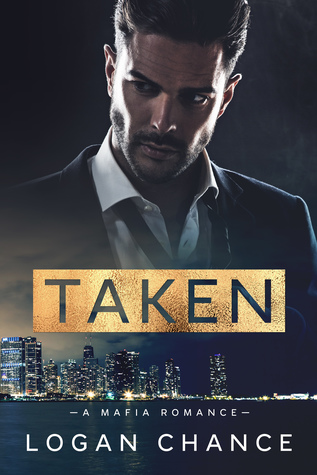 Things change. Sometimes not for the better.

Xavier is no longer the maid’s son. Or my best friend. Now he’s wealthy and powerful–the dark don, in charge of one of the largest corporations in the world.

I never expected the boy who always saved me to be the man who kidnaps me.

Rhiannon is still as fiery and beautiful as the day I walked away. Now I’m back, ready to seek vengeance against the one man who wronged me. My rival. Her father.

If her father wants war, he’ll get a war.

Kidnapping his daughter is the key to my ultimate revenge.

What to say about this without giving all that much away??
Originally this was a part of this author’s newsletter-a mini adventure that reader’s in his FB group could decide the who/what/theme would be,which came to a stop,when Logan had to concentrate on other stories…the demand for more won out,and he has now created a full length tale,which has evolved into what I can only describe as one hell of a MINDF**K of a story!!

Told in DUAL POV’S and with a background into Rhiannon and Xavier’s as childhood best friends,with some humor,some heartache,leading onto a time of separation before re-connecting in such a way that makes the story go in a direction I did not see coming, Taken is full of twists and turns,with secrets and lies from the past,plus the obvious heat between both leads adding to the journey along the way to a WTF couple of moments-once I started it I couldn’t put it down!
I’ll not say any more,but I LOVED IT !