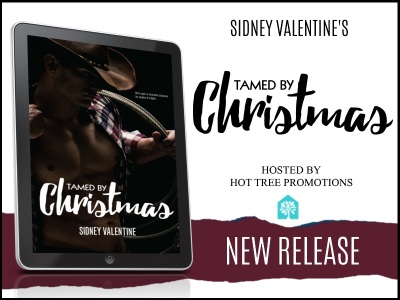 On sale now for only 99c
Amazon US: http://amzn.to/2y1L75l
All other links: books2read.com/tamed 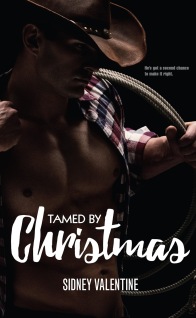 An Aussie cowboy, his feisty ex, and an unprecedented storm. Jett Wayne’s Christmas becomes complicated.
When Paris loses her job days before Christmas, her world crumbles. She returns to her parents’ home in outback Australia where she plans on eating enough food to fall into a coma and sleep straight until New Year’s. But when she unwittingly bumps into her ex on her way home, old feelings awaken.
Picking up Paris from the airport isn’t on Jett Wayne’s to-do list. Neither is dealing with their history or her cranky mood. Shit happens, like his one mistake that drove them apart. When he sees her again, he remembers the vulnerable girl from his hometown who rode horses bareback, who never backed down from an argument, and who stole his love.
When they find themselves stranded during an unprecedented storm, they’re faced with explosive emotions, secrets, and uncontrollable desires. Will Jett gamble on a second chance before Paris leaves him for good this time?

On sale now for only 99c
Amazon US: http://amzn.to/2y1L75l
All other links: books2read.com/tamed
ALSO BY THIS AUTHOR

Website | Facebook | Twitter | Goodreads | Newsletter
Sidney Valentine is an Aussie girl who loves everything about traveling. She lives in Sydney, Australia with her husband and spends her time exploring the wild outdoors. But she always carries with her a writing pad in one hand and a cup of coffee in the other. While she works in marketing during the day, she never stops writing her romance stories set in Australia as a way to rejuvenate from the bustle of the real world. She is often found at local coffee shops with her laptop, writing about people falling in love.