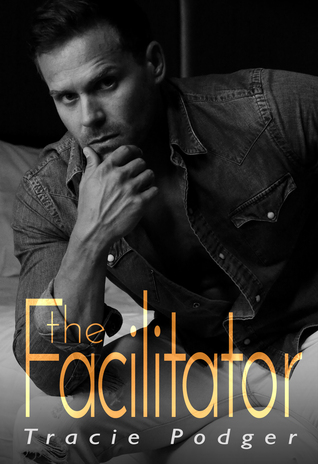 It started as a game.

Two adults, both lonely; one an expert, the other learning on the quick.

He thought he was giving her what she desired. She hated herself for loving it.

Lauren Perry thought her life was fine. She knew what she wanted and where she was going. That was until her husband left her.

Mackenzie Miller thought his life was fine. He knew what he wanted and he took, always. That was until he broke his own rules.

What would you do if someone gave you the opportunity to experience all your fantasies?

Lauren Perry decided to find that out.

I was given a copy in exchange for a review.
I enjoyed this book,so much so I went and re-read it before doing this review!

What can I say…without giving away much detail?

This story was well written,great character’s not only in the two leads of Lauren and Mackenzie,but other’s featured were just as important to the flow,and I would love to see more of not only our leads,but them too! (no pressure Tracie!!)..The ‘scenes’ were pretty H.O.T.(the book blurb refers to the nature of what they are) I got into the story quickly,having an idea of who Mackenzie would turn out to be,after the first meeting of both him and Lauren-where to her-he was just a ‘stranger in a bar’ (leading to Hot sex with a ‘stranger’ fantasy-Oh MY!!)

Lauren,30-feels ‘worthless,inadequate,lonely'(due to the fact of her husband Scott’s on going affair in their place of work-resulting in him leaving her 6 months prior to when we begin) after her encounter with her ‘Stranger’-then the discovery of who he actually is…he comes to her with…

‘I have a proposition for you…’

As the story continues,there is much going on (again am not going into it as you would be better to read it!) But what I feel about this is really Lauren has a journey of self discovery-having been with one person for a period of time-being hurt by their actions,moving on from that to a whole other world of experience that Mackenzie introduces her to..

‘For that few hours,she came to life,she became empowered,she wanted something and she took it’
‘I want you to love yourself again,to explore and discover who you really are’

‘Mackenzie Miller should have been a class A drug.He was addictive,as powerful,and as damaging…’
OH INDEED!! Cue yet another Book Boyfriend on an ever-growing list!!!

Congratulations Tracie on creating yet another awesome story-and I hope it is not the last we see of them (again no pressure!! lol)